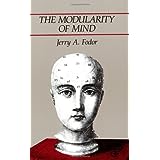 The Modularity of Mind (English Edition)

Modularity of mind is the notion that a mind may, at least in part, be composed of innate neural structures or modules which have distinct established evolutionarily developed functions. Somewhat different definitions of "module" have been proposed by different authors.

Historically, questions regarding the functional architecture of the mind have been divided into two different theories of the nature of the faculties. The first can be characterized as a horizontal view because it refers to mental processes as if they are interactions between faculties such as memory, imagination, judgement, and perception, which are not domain specific (e. g., a judgement remains a judgement whether it refers to a perceptual experience or to the conceptualization/comprehension process). The second can be characterized as a vertical view because it claims that the mental faculties are differentiated on the basis of domain specificity, are genetically determined, are associated with distinct neurological structures, and are computationally autonomous.

The vertical vision goes back to the 19th century movement called phrenology and its founder Franz Joseph Gall, who claimed that the individual mental faculties could be associated precisely, in a sort of one to one correspondence, with specific physical areas of the brain. Hence, someone's level of intelligence, for example, could be literally "read off" from the size of a particular bump on his posterior parietal lobe. This simplistic view of modularity has been disproven over the course of the last century.

In the 1980s, however, Jerry Fodor revived the idea of the modularity of mind, although without the notion of precise physical localizability. Drawing from Noam Chomsky's idea of the language acquisition device and other work in linguistics as well as from the philosophy of mind and the implications of optical illusions, he became a major proponent of the idea with the 1983 publication of Modularity of Mind.[1]

According to Fodor, a module falls somewhere between the behaviorist and cognitivist views of lower-level processes.

Behaviorists tried to replace the mind with reflexes which Fodor describes as encapsulated (cognitively impenetrable or unaffected by other cognitive domains) and non-inferential (straight pathways with no information added). Low level processes are unlike reflexes in that they are inferential. This can be demonstrated by poverty of the stimulus arguments in which the proximate stimulus, that which is initially received by the brain (such as the 2D image received by the retina), cannot account for the resulting output (for example, our 3D perception of the world), thus necessitating some form of computation.

In contrast, cognitivists saw lower level processes as continuous with higher level processes, being inferential and cognitively penetrable (influenced by other cognitive domains, such as beliefs). The latter has been shown to be untrue in some cases, such as with many visual illusions (ex. Müller-Lyer illusion), which can persist despite a person's awareness of their existence. This is taken to indicate that other domains, including one's beliefs, cannot influence such processes.

Fodor arrives at the conclusion that such processes are inferential like higher order processes and encapsulated in the same sense as reflexes.

Pylyshyn (1999) has argued that while these properties tend to occur with modules, one—information encapsulation—stands out as being the real signature of a module; that is the encapsulation of the processes inside the module from both cognitive influence and from cognitive access.[2] One example is that conscious awareness of the Müller-Lyer illusion being an illusion does not correct visual processing.[3]

Other perspectives on modularity come from evolutionary psychology, particularly from the work of Leda Cosmides and John Tooby. This perspective suggests that modules are units of mental processing that evolved in response to selection pressures. On this view, much modern human psychological activity is rooted in adaptations that occurred earlier in human evolution, when natural selection was forming the modern human species.

Evolutionary psychologists propose that the mind is made up of genetically influenced and domain-specific[4] mental algorithms or computational modules, designed to solve specific evolutionary problems of the past.[5] Cosmides and Tooby also state in a brief "primer" on their website,[6] that "…the brain is a physical system. It functions like a computer," "…the brain’s function is to process information," "different neural circuits are specialized for solving different adaptive problems," and "our modern skulls house a stone age mind."

The definition of module has caused confusion and dispute. J. A. Fodor initially defined module as "functionally specialized cognitive systems" that have nine features but not necessarily all at the same time. In his views modules can be found in peripheral processing such as low-level visual processing but not in central processing. Later he narrowed the two essential features to domain-specificity and information encapsulation. Frankenhuis and Ploeger[3] write that domain-specificity means that "a given cognitive mechanism accepts, or is specialized to operate on, only a specific class of information". Information encapsulation means that information processing in the module cannot be affected by information in the rest of the brain. One example is that being aware that a certain optical illusion, caused by low level processing, is false does not prevent the illusion from persisting.[3]

Evolutionary psychologists instead usually define modules as functionally specialized cognitive systems that are domain-specific and may also contain innate knowledge about the class of information processed. Modules can be found also for central processing. This theory is sometimes referred to as massive modularity.[3]

A 2010 review by evolutionary psychologists Confer et al. suggested that domain general theories, such as for "rationality," has several problems: 1. Evolutionary theories using the idea of numerous domain-specific adaptions have produced testable predictions that have been empirically confirmed; the theory of domain-general rational thought has produced no such predictions or confirmations. 2. The rapidity of responses such as jealousy due to infidelity indicates a domain-specific dedicated module rather than a general, deliberate, rational calculation of consequences. 3. Reactions may occur instinctively (consistent with innate knowledge) even if a person have not learned such knowledge. One example being that in the ancestral environment it is unlikely that males during development learn that infidelity (usually secret) may cause paternal uncertainty (from observing the phenotypes of children born many months later and making a statistical conclusion from the phenotype dissimilarity to the cuckolded fathers).[7] With respect to general purpose problem solvers, Barkow, Cosmides, and Tooby (1992) have suggested in The Adapted Mind: Evolutionary Psychology and The Generation of Culture that a purely general problem solving mechanism is impossible to build due to the frame problem. Clune et al. (2013) have argued that computer simulations of the evolution of neural nets suggest that modularity evolves because, compared to non-modular networks, connection costs are lower.[8]

Several groups of critics, including psychologists working within evolutionary frameworks,[9] argue that the massively modular theory of mind does little to explain adaptive psychological traits. Proponents of other models of the mind argue that the computational theory of mind is no better at explaining human behavior than a theory with mind entirely a product of the environment. Even within evolutionary psychology there is discussion about the degree of modularity, either as a few generalist modules or as many highly specific modules.[9][10] Other critics suggest that there is little empirical support in favor of the domain-specific theory beyond performance on the Wason selection task, a task critics state is too limited in scope to test all relevant aspects of reasoning.[11][12] Moreover, critics argue that Cosmides and Tooby's conclusions contain several inferential errors and that the authors use untested evolutionary assumptions to eliminate rival reasoning theories.[11][13]

Wallace (2010) observes that the evolutionary psychologists' definition of "mind" have been heavily influenced by cognitivism and/or information processing definitions of the mind.[14] Critics point out that these assumptions underlying evolutionary psychologists' hypotheses are controversial and have been contested by some psychologists, philosophers, and neuroscientists. For example, Jaak Panksepp, an affective neuroscientist, point to the "remarkable degree of neocortical plasticity within the human brain, especially during development" and states that "the developmental interactions among ancient special-purpose circuits and more recent general-purpose brain mechanisms can generate many of the "modularized" human abilities that evolutionary psychology has entertained."[9]

Philosopher David Buller agrees with the general argument that the human mind has evolved over time but disagrees with the specific claims evolutionary psychologists make. He has argued that the contention that the mind consists of thousands of modules, including sexually dimorphic jealousy and parental investment modules, are unsupported by the available empirical evidence.[15] He has suggested that the "modules" result from the brain's developmental plasticity and that they are adaptive responses to local conditions, not past evolutionary environments.[16] However, Buller has also stated that even if massive modularity is false this does not necessarily have broad implications for evolutionary psychology. Evolution may create innate motives even without innate knowledge.[17]

In contrast to modular mental structure, some theories posit domain-general processing, in which mental activity is distributed across the brain and cannot be decomposed, even abstractly, into independent units. A staunch defender of this view is William Uttal, who argues in The New Phrenology (2003) that there are serious philosophical, theoretical, and methodological problems with the entire enterprise of trying to localise cognitive processes in the brain.[18] Part of this argument is that a successful taxonomy of mental processes has yet to be developed.

Merlin Donald argues that over evolutionary time the mind has gained adaptive advantage from being a general problem solver.[19] The mind, as described by Donald, includes module-like "central" mechanisms, in addition to more recently evolved "domain-general" mechanisms.