Kwame Akroma-Ampim Kusi Anthony Appiah (/ˈæpɪɑː/ API-ah; born May 8, 1954) is a British-born Ghanaian-American[1] philosopher, cultural theorist, and novelist whose interests include political and moral theory, the philosophy of language and mind, and African intellectual history. Kwame Anthony Appiah grew up in Ghana and earned a Ph.D. at Cambridge University. He was the Laurance S. Rockefeller University Professor of Philosophy at Princeton University,[2] before moving to New York University in 2014.[3] He currently holds an appointment at the NYU Department of Philosophy and NYU's School of Law.[4]

Appiah was born in London[5] to Enid Margaret Appiah, an art historian and writer, and Joe Emmanuel Appiah, a lawyer, diplomat, and politician from the Asante region, once part of the British Gold Coast colony but now part of Ghana. For two years (1970–1972) Joe Appiah was the leader of a new opposition party that was made by the country's three opposing parties, simultaneously he was the president of the Ghana Bar Association. Between 1977 and 1978, he was Ghana's representative at the United Nations. He died in an Accra hospitall.[6]

Anthony Appiah was raised in Kumasi, Ghana, and educated at Bryanston School and Clare College, Cambridge, where he earned his BA (First Class) and Ph.D. in philosophy.[7] Appiah has three sisters: Isobel, Adwoa and Abena. As a child, he also spent a good deal of time in England, staying with his grandmother Isobel, the Honourable Lady Cripps, widow of the English statesman the Right Honourable Sir Stafford Cripps.

His family has a long political tradition: his maternal grandfather Sir Stafford was Labour Chancellor of the Exchequer (1947–50) under Clement Attlee. His great grandfather, Charles Cripps, 1st Baron Parmoor, was the Labour Leader of the House of Lords (1929–31) under Ramsay MacDonald; Parmoor had been a Conservative MP before defecting to Labour.

Through his grandmother Isobel Cripps, Appiah is a descendant of John Winthrop and the New England Winthrop family as one of his ancestors, Robert Winthrop, was a Loyalist during the American Revolutionary War and migrated to England, becoming a distinguished Vice Admiral in the British Navy.[8][9]

Through Professor Appiah's father, a Nana of the Ashanti people, he is also a direct descendant of Osei Tutu, the warrior emperor of pre-colonial Ghana, whose reigning successor, the Asantehene, is a distant relative of the Appiah family.

He lives with his husband, Henry Finder,[10] in an apartment in Manhattan, and a home in Pennington, New Jersey.[5] Appiah has written about what it was like growing up gay in Ghana.[11]

Kwame Anthony Appiah during a lecture and visit to Knox College in 2006.

Appiah taught philosophy and African-American studies at the University of Ghana, Cornell, Yale, Harvard, and Princeton Universities from 1981 to 1988. He was, until recently, a Laurance S. Rockefeller University Professor of Philosophy at Princeton (with a cross-appointment at the University Center for Human Values) and was serving as the Bacon-Kilkenny Professor of Law at Fordham University in the fall of 2008. Appiah also served on the board of PEN American Center and was on a panel of judges for the PEN/Newman's Own First Amendment Award.[12] He has taught at Yale, Cornell, Duke, and Harvard universities and lectured at many other institutions in the US, Germany, Ghana and South Africa, and Paris. Until the fall of 2009, he served as a trustee of Ashesi University College in Accra, Ghana. Currently, he is the professor of philosophy and law at NYU.

His Cambridge dissertation explored the foundations of probabilistic semantics. In 1992, Appiah published In My Father's House, which won the Herskovitz Prize for African Studies in English. Among his later books are Colour Conscious (with Amy Gutmann), The Ethics of Identity (2005), and Cosmopolitanism: Ethics in a World of Strangers (2006). He has been a close collaborator with Henry Louis Gates Jr., with whom he edited Africana: The Encyclopedia of the African and African-American Experience. Appiah was elected a Fellow of the American Academy of Arts and Sciences in 1995.[13]

In 2008, Appiah published Experiments in Ethics, in which he reviews the relevance of empirical research to ethical theory. In the same year, he was recognized for his contributions to racial, ethnic, and religious relations when Brandeis University awarded him the first Joseph B. and Toby Glitter Prize.

As well as his academic work, Appiah has also published several works of fiction. His first novel, Avenging Angel, set at the University of Cambridge, involved a murder among the Cambridge Apostles; Sir Patrick Scott is the detective in the novel. Appiah's second and third novels are Nobody Likes Letitia and Another Death in Venice.

Appiah has been nominated for, or received, several honours. He was the 2009 finalist in the arts and humanities for the Eugene R. Gannon Award for the Continued Pursuit of Human Advancement.[14] In 2010, he was named by Foreign Policy magazine on its list of top global thinkers.[15] On February 13, 2012, Appiah was awarded the National Humanities Medal at a ceremony at the White House.[16]

Appiah argues that the formative denotation of culture is ultimately preceded by the efficacy of intellectual interchange. From this position, his views on the efficacy of organizations such as UNICEF and Oxfam are notable for their duality: on the one hand he seems to appreciate the immediate action these organizations provide while on the other hand he points out the long-term futility of such intervention. His focus is, instead, on the long-term political and economic development of nations according to the Western capitalist/ democratic model, an approach that relies on continued growth in the “marketplace” that is the capital-driven modern world.

However, when capitalism is introduced and it does not "take off" as in the Western world, the livelihood of the peoples involved is at stake. Thus, the ethical questions involved are certainly complex, yet the general impression in Appiah’s "Kindness to Strangers" is one which implies that it is not up to "us" to save the poor and starving, but up to their own governments. Nation-states must assume responsibility for their citizens, and a cosmopolitan’s role is to appeal to "our own" government to ensure that these nation-states respect, provide for, and protect their citizens.

Appiah's early philosophical work dealt with probabilistic semantics and theories of meaning, but his more recent books have tackled philosophical problems of race and racism, identity, and moral theory. His current work tackles three major areas: 1. the philosophical foundations of liberalism; 2. the questioning of methods in arriving at knowledge about values; and 3. the connections between theory and practice in moral life. Which all of these concepts can also be found in his book Cosmopolitanism: Ethics in a World of Strangers. 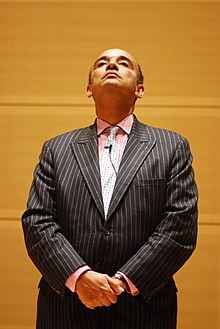 Appiah has been influenced by the cosmopolitanist philosophical tradition, which stretches from German philosophers such as Hegel through W. E. B. Du Bois and others. In his article “Education for Global Citizenship”, Appiah outlines his conception of cosmopolitanism. He therein defines cosmopolitanism as “universality plus difference”. Building from this definition, he asserts that the first takes precedence over the latter, that is: different cultures are respected “not because cultures matter in themselves, but because people matter, and culture matters to people.” But Appiah first defined it as its problems but ultimately determines that practicing a citizenship of the world and conversation is not only helpful in a post-9/11 world. Therefore, according to Appiah’s take on this ideology, cultural differences are to be respected in so far as they are not harmful to people and in no way conflict with our universal concern for every human’s life and well-being.[19]

In his book Cosmopolitanism: Ethics in a World of Strangers,[20] Appiah introduces two ideas that "intertwine in the notion of cosmopolitanism" (Emerging, 69). The first is the idea that we have obligations to others that are bigger than just sharing citizenship. The second idea is that we should never take for granted the value of life and become informed of the practices and beliefs of others. Kwame Appiah frequents university campuses to speak to students. One request he makes is, “See one movie with subtitles a month.”[21]

Appiah has been a critic of contemporary theories of Afrocentrism. In his essay "Europe Upside Down: Fallacies of the New Afrocentrism," Appiah argues that current Afrocentricism is striking for "how thoroughly at home it is in the frameworks of nineteenth century European thought," particularly as a mirror image to Eurocentric constructions of race and a preoccupation with the ancient world. Appiah also finds an irony in the conception that if the source of the West lies in ancient Egypt via Greece, then "its legacy of ethnocentrism is presumably one of our moral liabilities."[22] Appiah's critique of contemporary Afrocentrism has been criticized by some of its leading proponents, such as Temple University African American Studies scholar and activist Molefi Asante, who has characterized Appiah's work as "anti-African."[23] 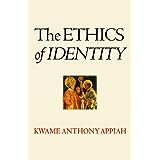 The Ethics of Identity 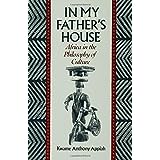 In My Father's House: Africa in the Philosophy of Culture 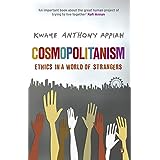 Cosmopolitanism: Ethics in a World of Strangers 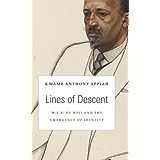 Lines of Descent (The W. E. B. Du Bois Lectures) 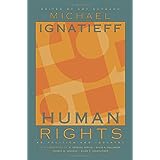