From Wikipedia, the free encyclopedia
For the novelist, see Amy Gutman.

Amy Gutmann (born November 19, 1949) is the eighth president of the University of Pennsylvania and Christopher H. Browne Distinguished Professor of Political Science in the School of Arts and Sciences and Professor of Communication in the Annenberg School for Communication at Penn, with secondary faculty appointments in philosophy in the School of Arts and Sciences and the Graduate School of Education.[1][2] She is an award-winning political theorist who taught at Princeton University from 1976 to 2004. In 1990, she became the first Laurance S. Rockefeller University Professor at Princeton and the founding director of its University Center for Human Values, among the first and best-endowed university-wide multi-disciplinary ethics centers in the world.

Born in Brooklyn, New York, the daughter of Kurt and Beatrice Gutmann, Amy Gutmann was raised in Monroe, New York. Her father fled Nazi Germany in 1934 as a college student and brought his entire family, including four siblings, to join him—first in Bombay, India, and then in the United States after World War II. She told Adam Bryant of the New York Times in June 2011 that

"The biggest influences on me for leading preceded my ever even thinking of myself as a leader—particularly my father’s experience leaving Nazi Germany. Because I would not even exist if it weren’t for his combination of courage and farsightedness. He saw what was coming with Hitler and he took all of his family and left for India. That took a lot of courage. That is always something in the back of my mind."[3]

She is married to Michael Doyle, professor of law and international affairs at Columbia University. They have one daughter, Abigail, who is an associate professor of chemistry at Princeton University.[4]

Through her writings, Gutmann has consistently sought to bridge theory and policy to advance the core values of a civil democratic society: liberty, opportunity and mutual respect. Her first major contribution to political philosophy was her book Democratic Education (1987; revised 1999). The book addresses the central questions in the political theory of education: How should a democratic society make decisions about education? What should children be taught? How should citizens be educated? It was reviewed in Ethics as "the finest contribution to the literature on democratic education of the last seventy years" and fostered a revival of interest in the relationship between democracy and education.

The book also takes on some contemporary scholarly debates: What is the appropriate response of democratic education to the challenge of multiculturalism? Should schools try to cultivate patriotic or cosmopolitan sentiments among students?

Democracy and Disagreement has been praised as an effective remedy for polarized politics and criticized as impractical, as evidenced in a collection of pro and con essays published in Deliberative Politics, edited by Stephen Macedo. Defenders argue that more and better political deliberation can help all citizens. In her work Gutmann has applied the ideas of deliberative democracy to the U.S. electoral process, President Obama's Commission for the Study of Bioethical Issues, the South African Truth and Reconciliation Commission, and healthcare organization in the United Kingdom.

Gutmann’s third major contribution to political philosophy is her analysis of group identity and its intersection with justice. In Identity in Democracy (2003), Gutmann argues that identity groups as such are neither friends nor enemies of democratic justice. She analyzes the legitimate but also problematic parts played by group identity in democratic politics and draws distinctions among the various types of identity group politics.

As provost at Princeton University, she oversaw Princeton's plan to expand the undergraduate student body by 10% and spearheaded the recruitment from Harvard of star professor K. Anthony Appiah (co-author with Gutmann of Color Conscious: The Political Morality of Race).[8]

In May 2012, Gutmann published her 16th book, The Spirit of Compromise: Why Governing Demands It and Campaigning Undermines It (Princeton University Press), with co-author Dennis Thompson of Harvard. The authors posit that the difficulty of compromise is built into the democratic process itself, but so is the need for it. A better understanding and appreciation of compromise might be especially useful in this time of political polarization.[9] Paul Starr of The New Republic said The Spirit

"Provide[s] grist for thinking through the difficulties of compromise in [domestic policy], from tragic choices at desperate moments of history to the routine nastiness in American public life today... Until recently, who would have thought it necessary to offer Americans advice in the ways of compromise? We used to enjoy a reputation for being a practical-minded people, our politicians being regarded as an all-too-flexible species. But something has changed, and according to Gutmann and Thompson, the change has to do with the relation of campaigning and governing... Gutmann and Thompson end their book with recommendations to strengthen the spirit and practice of compromise."[10]

Judy Woodruff of the PBS Newshour called the book "a clear-eyed examination of the forces that bring warring political leaders together or keep them apart. I wish every policymaker would read it".[11]

In her inaugural address, she launched the Penn Compact,[12] her vision for making Penn both a global leader in teaching, research, and professional practice, and a dynamic agent of social, economic, and civic progress. In 2013 she introduced the Penn Compact 2020, next steps to increase access to Penn's exceptional intellectual resources; integrate knowledge across academic disciplines with a strong emphasis on innovation; and engage locally, nationally, and globally to bring the benefits of Penn's research, teaching, and service to individuals and communities at home and around the world.[13] In 2014, Gutmann announced Penn Compact 2020 initiatives to create up to 50 new endowed professorships utilizing matching donor funds,[14] and to raise an additional $240 million for undergraduate financial aid on top of the $360 million raised for undergraduate aid during the recently completed Making History campaign.[15] Additionally, Gutmann announced unique and unprecedented awards for undergraduate students "with the most promising plans to improve local, national, or global conditions in the year after their graduation".[16]

Since arriving at Penn, she has spearheaded a major campus development plan, Penn Connects, that includes 24 acres (97,000 m2) that Penn purchased from the U.S. Postal Service along the Schuylkill River, which opened as Penn Park in September 2011.[17] Penn Connects is designed to boost the economic, educational and social capacity of Philadelphia and to create seamless gateways between West Philadelphia and Center City across the Schuylkill River.

Penn began an expansion east of the Schuylkill River with the purchase of the DuPont Marshall Laboratory in September 2010. Gutmann said that the Marshall Lab property has "infinite possibilities" as a place to nurture startups and "technology transfer", where faculty with "great discoveries can attract venture capital" and bring ideas to market.[18]

Gutmann has been a leading national advocate for financial aid based on need to promote socioeconomic diversity in higher education. Gutmann made Penn one of the handful of universities in the country that substitute grants for loans for any undergraduate student with financial need. In September 2009, for the first time in Penn’s history, all undergraduates eligible for financial aid received grants rather than loans in their aid packages. Students from typical families with income less than $40,000 paid no tuition, fees, room or board. Students from typical families with incomes less than $90,000 paid no tuition and fees. Ten percent of the students in Penn's incoming class of 2013 were the first in their families to attend college.

On May 8, 2012, Penn announced that Gutmann's contract had been renewed through 2019.[19] In announcing the extension, David L. Cohen, Chair of Penn’s Board, stated that Penn’s “Trustees feel very strongly that Amy Gutmann is simply the best university president in the country. Under her superb leadership, Penn is a stronger and more vibrant institution than at any time in its storied history."[20]

As president, Gutmann oversaw Penn's largest fundraising campaign ever, Making History.[21] Launched in 2007, the Making History Campaign raised a record $4.3 billion, exceeding its goal by more than $800 million. It achieved its $3.5 billion target 16 months ahead of its December 31, 2012 conclusion. It was an unusually broad-based campaign, attracting gifts from nearly 327,000 donors.[22]

In 2013 Gutmann was the highest paid female university president in the United States, making more than two million dollars in total compensation.[23]

On December 8, 2014, the Daily Pennsylvanian reported that student protestors concerned about the death in Ferguson, MO of Michael Brown disrupted a holiday party for students at Gutmann's home. As a gesture of support for the students' cause, Gutmann joined them in lying on the ground to symbolize the four-and-a-half hours that Brown's body was left lying on the street in Ferguson after his death.[24] Members of the Penn police force publicly responded to the show of support, with the head of the police union writing a public letter criticizing the move and the chief of police department responding with a letter defending Gutmann's actions.[25][26]

In March 2015, Gutmann announced the selection of five students (four projects) as winners of Penn’s inaugural President’s Engagement Prize.[27] The largest of their kind in higher education, the President’s Engagement Prizes provide up to $150,000 annually for graduating seniors to design and implement impactful local, national, and global engagement projects.[28] In its coverage of the first awards, The Philadelphia Inquirer stated, "Penn grads win chance to change the world."[29] In October 2015, she announced Penn's President's Innovation Prize, a corollary to the Engagement Prize that is focused on commercial ventures; the first winners were announced in April 2016.[30]

Board and leadership positions

Gutmann serves on the board of directors of The Vanguard Group Corporation. From 2005 to 2009, Gutmann served on the National Security Higher Education Advisory Board, a committee that advises the FBI on national security issues relating to academia.

In November 2009, Barack Obama appointed[31] Gutmann chair of the new Presidential Commission for the Study of Bioethical Issues, and reappointed her in early 2012.[32] With a notably diverse membership—including experts from philosophy, medicine, nursing, law, religion, and engineering—the Bioethics Commission has issued seven reports[33] on a wide range of challenging issues including protections for adult and pediatric participants in medical research, and the ethics of genomics and neuroscience. The Commission has championed an open and deliberative approach—its nationwide meetings all are open to the public and streamed live on the internet—and all its recommendations to the President have been unanimous.[34] Gutmann is also a member of the Asia Society’s Task Force on U.S. policy toward India and the Global University Leaders Forum (GULF), which convenes at the World Economic Forum in Davos, Switzerland.

Gutmann is also among the leaders of a select group of presidents of research universities throughout the world that advise the United Nations Secretary-General on a range of global issues, including academic freedom, mass migration, international development, and the social responsibilities of universities, called the Global Colloquium of University Presidents.

She currently serves on the board of trustees of the National Constitution Center in Philadelphia, a museum dedicated to the U.S. Constitution.[35]

In February 2011, Gutmann was appointed to the Commission on the Humanities and Social Sciences, established by the American Academy of Arts and Sciences.

On October 21, 2014, the Association of American Universities elected Gutmann as chair of its board of directors for a one-year term.[36] As AAU chair, Gutmann served as a spokesperson for the association, particularly on issues of special concern to research universities. 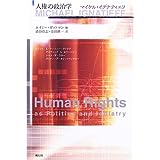 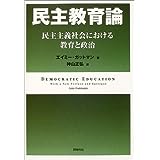 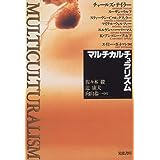